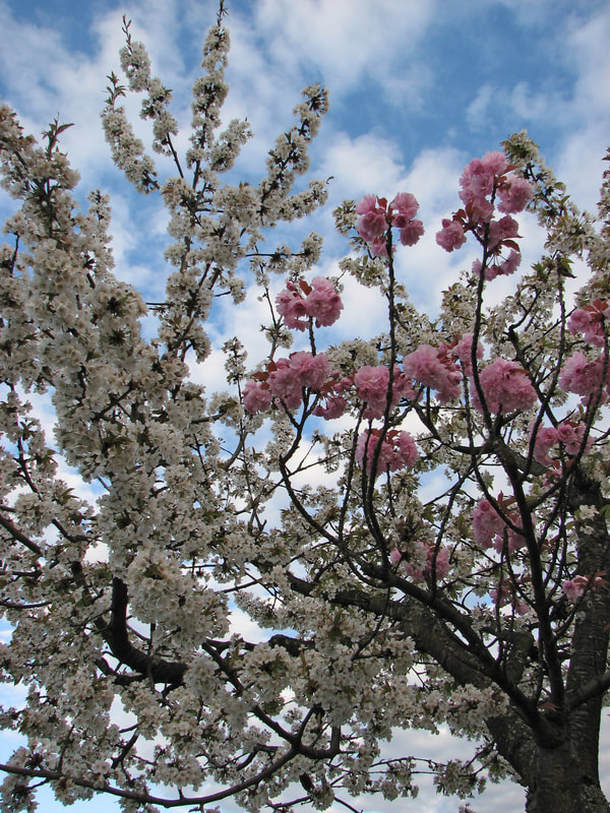 I first saw it on TV
in the Show with the Mouse, which tells you
how the holes get into the cheese
and why the sky is blue
and how new types of roses and apple trees are born
by putting a shoot or a branch of one plant
onto the stem of another.
Grafting, they called it.

So when my Mom was cutting the roses in the garden
I snagged a sucker or two
to get started.

Next, I needed rootstock.
So I went to the meadow next door
to dig up plants
with good strong roots
that extend deep into the soil.
Perfect.

Finally came the graft.
I nicked my rootstock
with a blunt knife
snagged from the kitchen drawer.
I inserted the rose sucker and
tied it all together
just like I'd seen on TV.

Then I potted my poor Frankenstein's plant
and waited for new roses to bloom.

The suckers withered and died
after a couple of days,
but new green sprouted
from the rootstock.
Success?

One week later,
my Mom threw the pot
with the grafts away.
"They were just weeds,"
she said,
"Unkraut, a non-plant."
"Why are you growing weeds?"

Experiment failed
due to maternal interference.

But then maybe
I shouldn't have tried to graft roses
onto ribwort and dandelion roots.
Cora Buhlert was born and bred in Bremen, North Germany, where she still lives today – after time spent in London, Singapore, Rotterdam and Mississippi. Cora has been writing since her teens and has published various stories, articles and poems. When she is not writing, she works as a translator and teacher.